Zachery ‘Zack’ Richardson is a husband, a father of four, and a grandfather.  His life’s mission is grounded in the belief that if Harriet Tubman was able to free more than 300 slaves, I should be able to assist more than 300,000 people from choosing paths that lead to failure and poverty.

His interests include helping young adults graduate from high school, teaching people what it means to be an Amer-I-Can© rather than a victim, and sharing tangible solutions to problems that many people face daily.

Zack has been featured in numerous publications, on radio shows, and on Nationally Televised News outlets. He believes, “Success is not just about what you accomplish in life, but what you inspire others to do!” 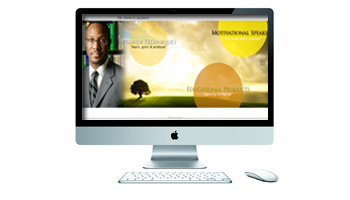 Get Your ACT Together

A prep guide for

Make College Work For You

One Goal, One Dream,